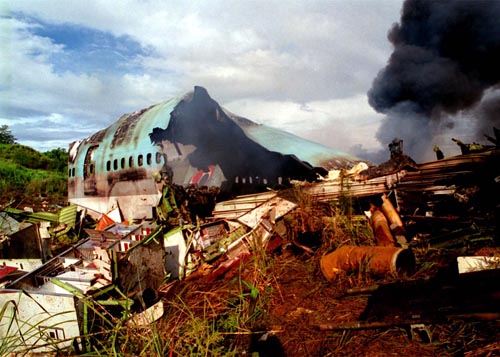 Air travel relies on concentration and precision, and even the slightest error can cause hundreds of deaths. Furthermore, while the majority of air accidents are blamed on pilot error, factors like miscommunication and computer malfunctions can lead to disaster as well.

In an age of increased automation, pilots, air traffic controllers and even passengers invest a lot of faith in on-board computers and advanced navigational systems – and any technical problems can be devastating. Read on for 10 computer errors that caused fatal plane crashes. 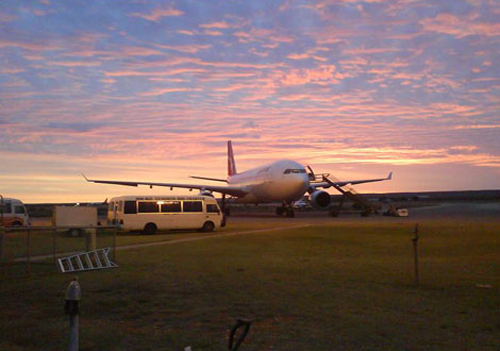 On October 7, 2008, a Qantas flight from Singapore to Perth came close to disaster when its computer system went haywire. While flying over the Indian Ocean, the Airbus 330’s Air Date Inertial Reference Unit malfunctioned and began to feed false information to the flight computer.

This mechanical problem caused the plane to go through a series of terrifying plunges, including several drops of over 100 feet. The passengers and crew were thrown against the ceiling of the aircraft, and even after the pilots took manual control of the plane, it still continued to behave erratically.

The crew were forced to make an emergency landing at Learmonth Airport in Western Australia. In total, 115 of the 315 people on board were injured. Following the incident, almost 150 of the passengers took legal action against Qantas. 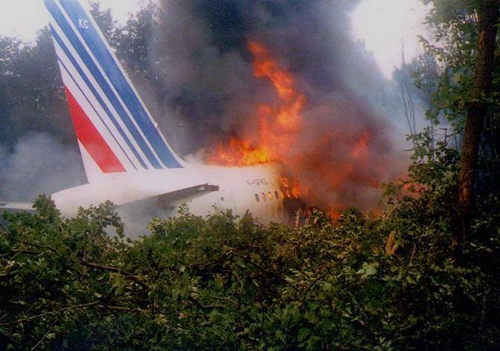 On June 26, 1988, Air France Flight 296 took part in the Mulhouse-Habsheim air show to showcase the new fly-by-wire Airbus A320-111. Unfortunately, it turned out to be a poor advertisement for the aircraft – and one with deadly consequences. While making a pass over the airport, the plane flew too low and crashed, killing three of the 136 people on board.

While the official investigation blamed the pilot for making his run too slowly at low power, there’s reason to believe that computer failure contributed to the crash as well. Captain Asseline, the pilot of the aircraft, claimed that the plane’s altimeter reported that it was 100 feet above the runway, when the actual altitude was just 30 feet.

Asseline also claimed that the aircraft failed to respond to his attempts to pull up from the dive, possibly as a result of him turning off the automatic throttle. The A320 is known for control problems, and two other pilots reported near-disasters shortly after Flight 296’s crash. 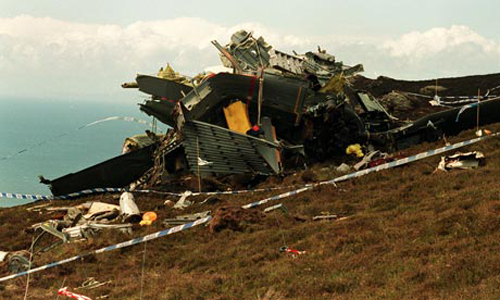 On June 2, 1994, a Chinook helicopter carrying 29 people crashed on the Mull of Kintyre in Scotland, killing everyone on board. The tragedy was blamed on pilot error for many years, but a recent investigation has revealed that the real culprit may have been software problems.

Nine months before the crash, a Ministry of Defence report suggested that Full Authority Digital Engine Control (FADEC), the control system being used to run the engines, was “positively dangerous.” And a House of Commons investigation found more than 486 anomalies in the software after examining only 18 percent of the code.

Robert Burke, a Chinook test pilot, said in 2001 that a sudden surge from the FADEC system could have caused the Chinook to rise into the cloud, which caused the fatal crash. And in one case, test pilots at Boscombe Down refused to fly the base’s Chinooks until their engine control systems had undergone revision.

In July 2011, a new report finally exonerated the pilots involved in the 1994 accident. The exact cause of the disaster remains uncertain.

Poor maintenance and a malfunctioning computer system caused this next devastating crash on our list. On October 2, 1996, AeroPerú Flight 603 was en route from Peru to Chile. However, moments after takeoff, all three altimeters seemed to be stuck.

Shortly afterwards, other instruments on the Boeing 757 began to fail as well. The Proximity Indicator warned the pilots that the aircraft was about to crash into the ground, while at the same time, air traffic control informed them that they were almost 10,000 feet up in the air, Their speed was registered as zero, and while the crew were told that the plane was going up, they were actually slowly descending.

The pilots were disoriented by the conflicting warnings, and air traffic control sent a Boeing 707 to guide Flight 603 in. But before the 707 could reach the aircraft, it crashed into the water below and sank, killing all 70 people on board.

The cause of the problem was later found to be duct tape covering the 757’s static ports, on the underside of the plane. The computer relied on this supporting system for accurate information, and covering the ports resulted in its data inputs coming in as gibberish. 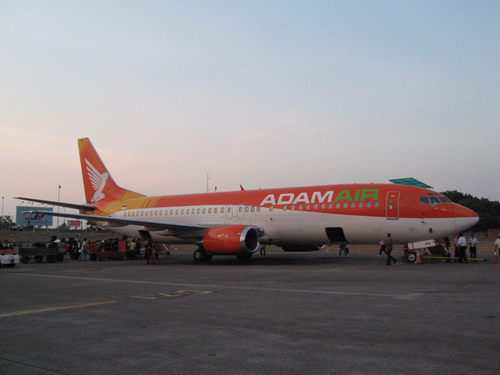 This disaster shows that sometimes pilots can be so focused on computer problems that they miss the obvious. On January 1, 2007, Adam Air Flight 574 was flying over Polewali, West Sulawesi when its navigation systems malfunctioned.

The pilots of the Boeing 737 became so engrossed in troubleshooting the problem that they inadvertently disconnected the autopilot, which would normally have kept the plane on course. Somehow, they also forgot to check the airplane’s altitude and position on other cockpit instruments. As a result, the plane plunged into the sea, killing all 96 passengers and six crew members on board.

An investigation by the Indonesian National Committee for Transportation concluded that the cause of the disaster was a combination of instrument failure and pilot error. Adam Air planes had suffered previous navigational problems, and the safety record of Indonesian airlines following these accidents (and others) led to them being banned from the EU. Adam Air was later banned by the Indonesian government as well and eventually filed for bankruptcy. 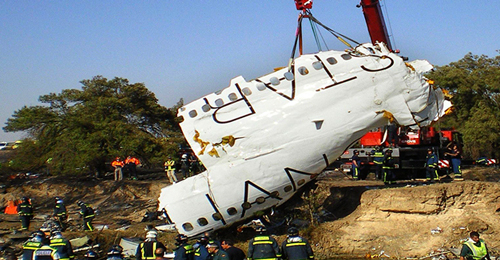 Viruses cause a lot of computer crashes, but it’s rare for one to bring down an entire airplane. However, on August 20, 2008, Spanair Flight 5022 was making a run from Madrid-Barajas Airport to Gran Canaria Airport. And what’s more, the McDonnell Douglas MD-82 had barely taken off from the runway when it smashed into the ground and broke into pieces, killing 154 of the 172 people on board, including all crew members.

The crash was caused by the crew failing to deploy wing-mounted flaps and slats correctly to generate lift. Nevertheless, a key reason for the pilots not correctly configuring the aircraft was the failure of the Take-Off Warning System to alert them that there was a problem.

It was later discovered that the computer that was meant to monitor technical problems was infected with malware, which may have been responsible for the disaster. 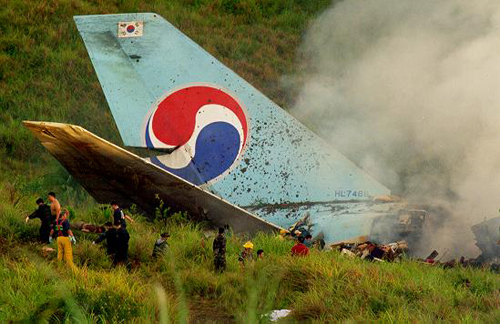 On August 6, 1997, Korean Air Flight 801 attempted to make a landing at Antonio B. Won Pat International Airport in Guam. As the Boeing 747 approached solid ground, its crew could tell that the angle of approach was too steep, yet none of them were quick enough to prevent the accident.

The airplane crashed about three miles short of the runway, killing 228 of the 254 passengers and crew on board. An investigation into the crash found that there was a fault with the Ground Proximity Warning System, which should have alerted the crew that they were flying too low.

On top of this, air traffic control’s radar had been deliberately set to ignore planes below a certain altitude, and the airfield’s Instrument Landing System was down. Adding to a perfect storm of failures, the crew were also using outdated flight maps and flying below the minimum safe altitude. 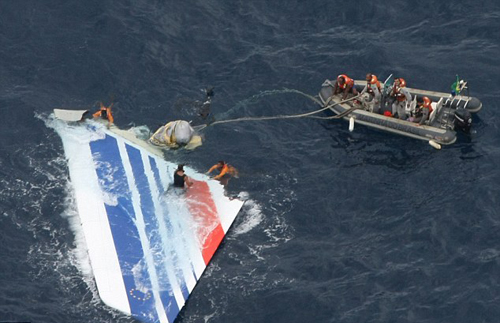 Air France Flight 447’s crash was caused by a combination of mechanical fault and pilot error. On May 31, 2009, the Airbus A330-203 was traveling from Rio de Janeiro International Airport to Charles De Gaulle Airport in Paris. Junior pilot Pierre-Cédric Bonin was at the controls.

Approximately four hours into the flight, the aircraft’s computer encountered a problem. As the A330 entered a storm, the pitot tubes in the nose of the plane that indicate airspeed froze. This resulted in the autopilot and auto-thrust systems of the airplane disengaging.

Bonin’s panicked reaction was to pull back on the control stick in an attempt to increase the plane’s height in the air. This resulted in a number of stall warnings, but the pilot continued to try to gain altitude against the advice of more experienced members of the crew. Tragically, the plane lost forward thrust and plunged into the sea, killing all 228 people on board. 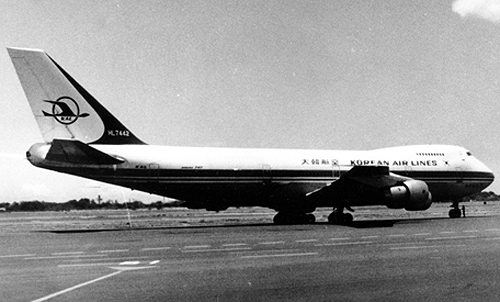 One of the tensest moments of the Cold War was caused by computer error. On September 1, 1983, Korean Air Lines Flight 007 was traveling from New York City to Seoul via Anchorage.

There was a fault with the aircraft’s autopilot system. The system had four basic modes; and if the Boeing 747 was more than 7.5 miles from its assigned course when the mode was switched, it might continue to follow its previous course – which could result in the plane deviating from its assigned flight path.

Approximately 10 minutes after takeoff, Flight 007 began to deviate north of its planned route – most likely as a result of this problem. The new flight path brought the airliner over the Kamchatka Peninsula and into Soviet airspace.

At the time, tensions were high between the Soviet Union and the West, and the flight was mistaken for an aircraft from a nearby American aircraft carrier. As a result, Soviet air defense fighters shot down the plane, killing all 269 people on board.

On July 3, 1988, towards the end of the Iran–Iraq War, Iran Air Flight 655 was on its way from Bandar Abbas to Dubai when it was shot down by two US surface-to-air missiles. The missiles were fired from U.S. Navy cruiser the USS Vincennes, when the civilian Airbus was mistakenly identified as an attacking F-14A Tomcat over the Strait of Hormuz.

The Vincennes was in Iranian waters at the time, and the tragedy drew a lot of controversy. The Iranian government insists that the incident was an act of negligence, and US commanders and the Vincennes’s Captain William C. Rogers III have been criticized as “reckless” and “aggressive.”

First, the crew incorrectly interpreted the newly fitted Aegis combat system and misidentified the airliner as an attacking military craft. Then the crew judged that the plane was descending, making a swoop attack, when in fact, Flight 655 was ascending when it was shot down.

Previously, Matt Jaffe, an engineer who helped design Aegis, had recognized the complexity of reading altitude on the system. He suggested that there should be an indicator installed to register whether a craft was ascending or descending. However, his superiors refused the idea – with fatal consequences for Flight 655.

All 290 people (including 66 children) on board the doomed flight died in the attack. The Pentagon has been accused of trying to cover up the tragic blunder with everything from denials to “stone walling.” And, overcome by guilt, several Vincennes crewmembers ended up in counseling.

In the end, the US government reached a settlement agreement with the Iranian government and agreed to pay US$61.8 million to the families of the victims. However, the US has never admitted fault or apologized for the bizarre incident.