The basic premise of Artificial Intelligence (A.I.) was originally that human intelligence is predictable enough that it can be simulated with computers. As such, A.I. is a broad field involving many areas of research. This includes computer vision, language recognition, decision-making.

In more recent years, A.I. has also acquired other challenges including machine learning/ deep learning, as well as robotics as a whole. In fact, if you were to ask the average person what they thought of when someone mentions “artificial intelligence,” it’s likely they would say “robots” — thanks to pop culture: TV shows, movies, comics, books and toys.

While not every robot has A.I. features, and some are merely toys that move around, robots are associated with A.I. by the general public. Our pop culture vision of robots is that they have some of the manifestation of simulated human behavior: vision, language recognition, physical responsiveness to our voice commands, physical responsiveness to surroundings, motion, decision making. The list goes on.

In this graphic we focus on facts and figures for the robotics aspect of Artificial Intelligence.

A.I. has appeared in pop culture for decades, especially in science fiction TV shows and films. Here are a few examples of robots, androids (humanoid robots), and cyborgs (cybernetic organisms: living entities enhanced by robotics) — a by no means exhaustive list.

There is now a multitude of non-humanoid robots and robot creatures — some available commercially, others still research projects. Here are just a few.

Robots fall into two categories: industrial and service. Industrial robots are typically used in manufacturing and are typically robot arms that are fixed in place, but there are mobile industrial robots. Service robots can include both professional and personal / domestic use and are usually capable of some movement, but sometimes require remote control.

IEEE Spectrum claims at least 7.3M service robots and about 1.3M industrial robots worldwide by early 2010, for a total of 8.6M robots. That’s nearly the then population (8.7M) of the state of New Jersey — a figure that has quite possibly more than doubled in 2013.

The top 5 countries with the highest “robot density” (number of industrial robots for every 10,000 human workers) in 2012 were:

Other Uses of Robots and Artificial Intelligence

While robots are already being used by the U.S. military, and drone aircraft are used in war, the latter at least are typically remotely piloted by a person and are thus not robots. What if they were? What if drones were given the ability to make decisions on their own to shoot to kill or not? Or if ground robots were given this ability?

Lethal autonomous robots (LARs) are already under consideration for development as a future use of A.I. in the military. The fact that drones are considered to be hackable using inexpensive technology, however, makes the prospect of a LAR drone frightening.

While the IFR (International Federation of Robotics) published reports (see ifr.org links in Reference section) indicating that “robots save jobs,” articles elsewhere suggest otherwise. The gist is that robots can work longer hours for no pay and not complain about that. While there are costs associated with using robots, it appears that for the manufacturing sector at least, the costs can be recouped in 2-3 years, sometimes a little bit longer.

To get a sense of how important artificial intelligence, especially robotics, might be in the near future, consider what Google has been up to lately: 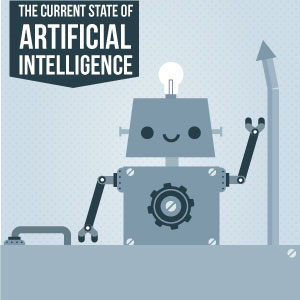