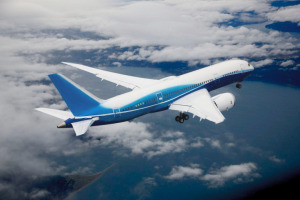 The increasingly large number of computer science jobs in the aerospace industry is related directly to changes in the cockpit and changes in the passenger cabin, where decades-old technology is getting an overhaul and the availability of Internet connectivity is changing the way people communicate while they’re in the sky. Computer scientists who are considering bypassing the more traditional job in a software company can still find plenty of unique opportunities for their degree and its inherent skills working for airlines, aerospace engineering firms, and major manufacturers.

Hardware Development is an Area of Significant Growth

The great thing about computer science is that it blends knowledge of both hardware and software. For those professionals who have a more significant interest in hardware than any other aspect of the computer industry, jobs abound in aerospace. Airplanes, whether for military, private, or commercial use, require a significant amount of hardware in order to monitor conditions, communicate with the ground, and offer pilots convenient tools for managing flight plans, altitude, and more. Many commercial cockpits have hardware that was last revised at least a decade ago, though some planes are using even older tools.

Advances in computer software make it necessary to design new systems for pilots, and that’s where computer scientists come in. Using their understanding of systems design, and their ability to bring hardware and software together, computer scientists can help choose cockpit components that will run more efficiently, work with the latest software in aviation and aerospace, and offer a safer and more intuitive experience to today’s pilots. Within aerospace itself, computer scientists can help choose or custom-design the hardware needed to launch people and satellites into space while monitoring their coordinates extensively during launch and after orbit begins.

Custom Software Development is Also an Area of Growth

Custom hardware isn’t the only area where computer scientists are in increasingly high demand within the aerospace industry. Airlines, and any objects bound for space, must include software that makes it easy to plan their launch, target their destination, and monitor what happens after the object is in the air. That’s where software comes in. While this software was once very basic, and relied on showing simple images based on GPS satellite positioning, that is now no longer the case. The modern aerospace industry relies on Internet connectivity, continuous monitoring via satellite, and continuous ground communication, all of which works through advanced software applications that were custom-designed for the type of craft being used.

Computer scientists have traditionally worked alongside aerospace engineers and manufacturing firms to produce software designed to enhance safety, ensure the success of a flight or launch, and monitor an object’s safe execution of a flight or launch plan for its full duration. That remains the case today, though today’s programmers are working with more sophisticated languages within systems like Linux and stripped-down Unix. They’re also often working with limited hardware resources and therefore must push the bounds of functionality and efficiency in every aspect of a custom application.

A Unique Opportunity for Computer Scientists

Aerospace is growing by leaps and bounds around the world, but continued mission success or consumer safety relies on computer science expertise, according to the Bureau of Labor Statistics. This explains why the number of computer science jobs in the aerospace industry continues to grow, and why major firms are often willing to pay a premium for this type of advanced knowledge.