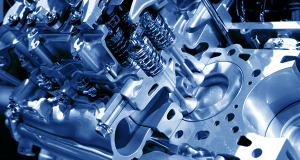 The number of computer science jobs in the automotive industry is increasing dramatically as cars themselves become increasingly sophisticated. In order to continue building smarter cars, including those that connect to wireless networks and allow for remote control of key functions, computer scientists often have to work alongside traditional designers to integrate unique programs, computer hardware and circuitry, and durable hardware designs that withstand the traditional wear and tear of long drives and even longer periods of vehicle ownership. There are a few unique positions within the automotive sector that take advantage of computer science skills as a result.

The programming required of the typical car a decade ago was actually pretty simple, since it mostly involved the engine sending small signals to the car’s dashboard computer in the event of an emergency or engine event. This type of programming resulted in the infamous, if dreaded, “check engine” light. Since the early days of car computer integration, things have come a long way. Today, programmers are charged with creating applications that can connect the car to wireless networks, display key engine information in “verbose” form on a central touchscreen, and interface with tablets and smartphones while on the road.

Though computer programmers aren’t the ones in charge of the entire software experience, and often have no involvement with the final user interface of the programs they create, their work is still essential in an increasingly “smart” industry. Today’s cars are more integrated than ever with portable devices and wireless signals, and computer scientists have the programming skills needed to create highly secure, dependable, customized programs that help each automaker differentiate itself from its nearest competitors.

All of the new, highly computerized features of today’s vehicles would simply not be possible without integrated computer hardware. The problem with cars, however, is that they require hardware to be in and around the engine, located under the dash, and even placed within the steering wheel. This takes a lot of technical know-how, and it requires a bit of innovation on the part of computer scientists.

Their job is to come up with a computer system that resists wear and tear from driving, escapes unscathed from potholes and minor collisions, and remains both speedy and useful for up to 10 years after the car’s date of sale. It’s no small task, but it’s one that computer scientists have managed to succeed at in recent years. Today, entire circuit boards exist under the hood and they’re among the most durable computer components ever created.

The goal of any automaker is not only to produce the best product, but also to maintain competitive advantage over their closest rivals. The best way to do this in the 21st century is with technology, so many automakers actually hire computer scientists as their Chief Technology Officers, high-tech strategists, researchers, and innovators. They constantly test new methods of high-tech car control, device integration, automation, and even things as far-fetched as self-driving systems. One day, these efforts will likely lead to the next revolution in personal vehicle ownership.

The automotive industry has experienced a resurgence in recent years, driven by compelling new designs, exciting integrated technologies, and more durable materials than in years past. According to the Bureau of Labor Statistics, the various computer science jobs in the automotive industry are helping to propel that resurgence even further, through integrated hardware and software that makes the car smarter, more connected, and easier to use.