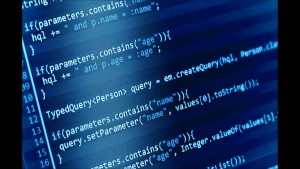 If you like computer programming, you may want to know more about the degree needed to become a software engineer. A software engineer is a computer science specialist who designs software using conventional high-level design patterns. It’s the same occupation as a programmer or software developer, and it requires a diverse set of engineering skills such as discrete and continuous mathematics, software design theory and algorithm theory as well as familiarity with many programming languages and frameworks.

Software engineers don’t generally do research for their employers. Their time is mostly spent building applications using well-known software development techniques called patterns. A computer science degree briefly covers software design with patterns as well as the Unified Modeling Language during the student’s senior year, and because most students become developers rather than researchers, most university computer science programs cover fundamental software design throughout the major.

However, the first three years have more to do with math and general computing theory than with programming languages, patterns and frameworks. The pure science of computing is stressed, and students learn the mathematics underlying computer science, such as sequences, series, logical proofs, function classes, recursion, formal language theory, number conversions and graph traversal algorithms.

Getting Hired as a Software Developer

As software engineering has become a high-demand career relatively recently, it’s possible that colleges will eventually offer a special degree for developers that focuses on applied computing, similar to the way engineering degrees are offered as an alternative to a major in physics. As it is, computer science majors don’t learn much programming during their first three years of school, and the programming skills they do acquire through coursework aren’t sufficient for engineering on a professional level.

Many graduates have difficulty getting jobs immediately after college, because they aren’t prepared for the rigorous hiring standards of employers, and many employers say that the applicants they interview lack essential skills such as the ability to read and write pseudocode or solve common programming problems, according to Tech Target.

Employers usually test applicants during an interview to gauge their skill level, and the tests they provide are similar to the ones students take in second- or third-year data structures and algorithms courses. If you can’t do well on these tests, you will have to find work in a field that requires less technical ability, such as Web design or IT support. The reality is that the majority of CS students earning lower than a B average won’t be prepared for software engineering jobs after graduation.

Computer science is one of the fastest-growing industries, because the demand for software is increasing rapidly as more people have access to computers and mobile devices. Software developers aren’t exactly computer scientists, but they have a professional level of CS knowledge. If you want to build software, you should work hard while earning the degree needed to become a software engineer.