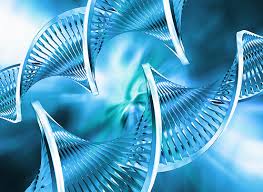 Biotechnology involves using organisms and systems composed of living things to produce products for particular uses. Biotechnology can be used for a wide variety of different applications. Though some people consider the use of biotechnology to be a recent phenomenon, biotechnology has in fact been used by human beings for thousands of years in a variety of different domains including medicine and agriculture, according to Europa Bio. However, terms biotechnology itself has only been employed within the last 100 years. One of its first recorded uses was in the year 1919 by the Hungarian engineer Karoly Ereky.

Biotechnology can be broken down into a variety of different sub disciplines. These include the following:

When concepts of biotechnology are applied to medicine, they generally are used to create cures to various medical conditions or reduce the occurrence of certain medical conditions. Biotechnology might be harnessed to curtail the spread of various infectious diseases. It might also be used to produce treatments that will make it so that those suffering from debilitating conditions have better chances of survival. Biotechnology might also be used to create treatments with lower incidence of side effects. Biotechnology is even sometimes used in developing methods to detect certain diseases.

In agriculture, biotechnology is becoming more and more common. It can be used to increase a crop’s resistance to pests or weeds. It can also be used to make a crop more hearty or nutrient rich. However, there is sometimes a great deal of controversy surrounding biotechnology in agriculture because of the uncertainties of the consequences of consuming foods created from genetically modified organisms.

Biotechnology has been used in recent years to create fuels. Certain biological processes can be used to allow biocatalysts to be harnessed to produce fuel, make fuel more efficient, or streamline the process of manufacturing certain fuels. When biotechnology is used to help with fuel supply, manufacturing processes can be improved in efficiency and industry’s need for petrochemicals can be reduced. This use of biotechnology is especially important in modern times considering concerns regarding global warming and fuel shortages.