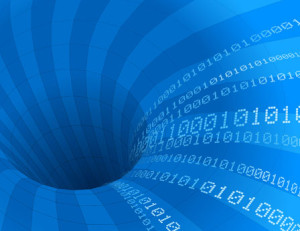 Data mining is a subfield of computer science that involves deciphering data patterns through computation using tactics that combine technology concepts such as artificial intelligence, database systems, machine learning, and statistics. In data mining, the final goal is to produce concrete information from data and interpret this information so that it is practically usable. Factors that come into play in the process of data mining include managing databases and data, pre-processing the data in question, referring to helpful constructs such as models and inferences, and more.

The process of data mining has evolved from our increasing reliance on computerized data to contain data and the need to take that data and interpret it as part of business analysis, according to UCLA. The steps along the progression of today’s process of data mining began in the 1960s with data collection using tools such as computers and disk. In the 1980s, advancements were made with data access as a result of the decreasing prices of computers in tandem with an increase in their capacities for storing and organizing data.

Since the 1980s, data warehousing, decision support, and data mining. Data mining has been made possible over the last decade or so thanks to not only the advanced storage capabilities of today’s computers, but also thanks to the development of advanced computer algorithms.

How Does the Process of Data Mining Work?

Modeling is an important step in the data mining process. A model- which could possibly be a mathematical relationship or a certain sampling of data- is created from the data in question, and this model can be applied to situations related to those which produced the original data in which the desired data has not yet been discovered. Although modeling has been known to mathematicians for centuries, its potential was previously limited by the absence of adequate computational resources.

The techniques that have been grasped or created for data mining purposes include a variety of different tools. These tools include the genetic algorithm, artificial neural networks, decision trees, nearest neighbor, and the idea of rule induction.

The Products of Data Mining

Data mining is still being developed, but its accomplishments to date are already impressive. Companies and institutions working in a wide range of fields can use this technique to find ways to put their data to use to make themselves more profitable and successful. Industries as diverse as retail, health care, aerospace, and finance have already begun to pick up on and grasp the potentials of data mining.

Below are just a few of the things data mining can already do: