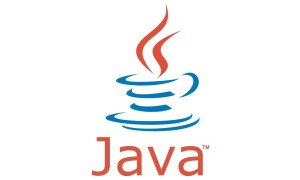 If you’re beginning to get interested in computer science, you probably want to know more about the language Java in programming. Java is one of the most widely used programming languages, because it can run on any processor architecture using the same source code, whereas languages like C++ and C must be compiled separately for every architecture. Java is used for Web programs as well as the Android operating system and many embedded applications, such as network-enabled home appliances and other computerized devices.

Java is a C-like programming language with source code that is delimited by curly braces and semicolons, with white space being ignored by the compiler. Although Java runs in a software compatibility layer called the Java virtual machine, Java programs are compiled first so that they run extremely efficiently, if not as efficiently as software written in C or C++. The JVM makes Java programs cross-platform so that developers only need to write one Java application, rather than several ports for different processor architectures, as is the case with other compiled languages.

One of the main uses of Java these days is in Android programming, which is the most popular mobile software development framework in the world. The Android framework is based on Java and includes a library of Java classes optimized for running on smartphones and tablets, which have limited memory and battery resources. The Android operating system includes a special implementation of the Java virtual machine called the Dalvek virtual machine, which is optimized for mobile devices. One of the reasons Google chose Java for the Android OS is that it can run on any processor architecture, so smartphone makers can manufacture their devices using any processor compatible with the Java virtual machine.

Although Java apps can run on any computer without being re-compiled, they require the Java runtime environment to be installed on the client computer before they can be executed. This requirement is the reason some websites display a puzzle piece icon in the Web browser and direct users to the Java website to install the missing plugin.

Java has had some serious security vulnerabilities in the past, and running Java apps in Windows or Mac OS X has opened users up to worms and viruses being installed on their systems without their knowledge. The Java security vulnerabilities have been compared to the airline security issues leading up to the 9-11 terrorist attacks, and experts have warned that hostile forces could exploit back doors in Java to take down major American banks and other businesses, according to Info World. Oracle, the name of the company that maintains Java, has issued patches to fix some security threats in Java, but it would be extremely difficult to fix every problem because so many enterprise applications depend on older versions of Java. However, Java isn’t the only source of security vulnerability on the Internet, and programmers need to be careful about SQL injection and cross-site scripting attacks on their Python and PHP apps as well.

Cross-platform source code makes up most of the applications people use these days as computer users move from desktop computing to Web-based and mobile applications. Java presents many advantages to programmers wanting to write efficient apps for a wide range of devices, but it also poses some dangers. If you’re interested in writing applications, learning how to use Java in programming is a good place to start.