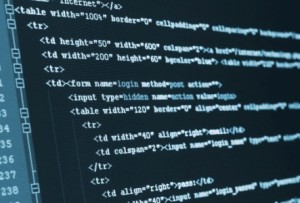 The computer programming technique of microprogramming involves implementing control logic required by a given set of instructions in a processor. It was initially developed to simplify the development of computer control logic. This techniques works by using low-level microinstructions and using these to create the corresponding control signals and information for microprogram sequencing.

While microprogramming has often erroneous been used as a term to describe programming a microcomputer, this idea does not completely define to term, according to Clemson University. Defined in more depth and in a more technical way, microprogramming is rather a systematic method of putting the control logic of a computer’s CPU to use. Using microprogramming, programmers can replace hardwired control circuitry with stored-program logic.

According to Florida International University, microprogramming can be classified as either horizontal or vertical. Whereas width is narrow and n control signal are coded as log2 n bits in vertical microprogramming, horizontal program utilizes wide memory word and involves coding the n control signals differently. Although vertical micoprogramming is likely to require and external memory word decoder, because of the excessive encoding of control information that is necessary, horizontal microcoding involves much less encoding of control information.

There is no standard and universal language of microprogramming. Although efforts have been made to develop HLMLs (high-level microprogramming languages), these efforts were eventually abandoned, because both machine-dependent and machine-independent methods of creating such a language wound up at dead ends due to inefficient microcodes, the high costs of development, and the inability to port such languages to other implementations.

However, some of the problems with microprogramming stem form the fact that the support tools that it offers are somewhat limited and the technique is not economical for smaller systems. Also, the instruction cycle time often that goes along with microprogramming sometimes poses problems in its tendency to limit control store access time.