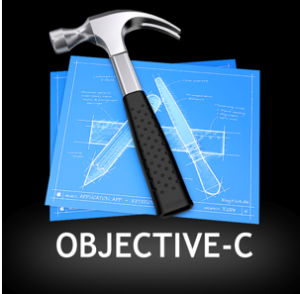 One of the most popular subjects among software developers in recent years has been Objective C in programming, which is the language used for Apple OS X and iOS software. Objective C has been around almost as long as Apple, and it was developed by the company NeXT when Steve Jobs went there after being deposed from the CEO position at Apple in the early 1980s. It’s defined as a superset of the C programming language, because it includes all the syntax of C. In other words, C programs can be compiled by Objective C compilers just as though they were Objective C programs. In this way, Objective C is similar to C++, which is another superset of C that is compatible with C syntax.

Similarity With C and C++

All of the primitive data types and flow control statements of C apply to Objective C, and the latter language adds many high-level features to C to make it a dynamic, object-oriented language with runtime reflection and other dynamic programming features, according to Apple. In contrast, C++ is a more static object-oriented extension of C that emphasizes compile-time type checking and static data types. Because the compiler does more of the work in a C++ program than in an Objective C program, C++ code runs faster than Objective C code, although the trade-off is that C++ code offers less programming flexibility to developers.

Objective C gets its name from its object-oriented nature, and although it has been less popular than C++ since its creation in the early 1980s, it has recently been gaining momentum as the programming language of OS X and iOS. Most Objective C developers are learning this language so that they can build apps for Mac, iPhone and iPad devices, and there really aren’t many other notable uses for it in modern computing. With each version of Objective C, the code gets more abstract and high-level, making it easier for programmers to build apps without worrying about C-style memory management and other low-level issues.

In earlier implementations of Objective C, programmers had to explicitly allocate memory for data in a program and then deallocate the memory when the data was no longer needed. If memory wasn’t deallocated, out-of-memory errors could occur and programs generally could run inefficiently, a significant problem on iOS devices with limited system resources. In earlier versions of Objective C, when a developer dynamically allocated memory for a list of objects at runtime, the program would hold onto the list unless the developer specifically released it, causing the memory heap to get smaller and smaller.

This requirement contrasts with the automatic memory management features of other reflective, high-level languages like Java, which includes a garbage collector for doing away with unneeded data. Although Java’s garbage collector simplifies programming for Web apps and Android software, it can also cause problems when dealing with time-critical code that gets slowed down by the garbage collection. The most common example of this problem is in Android games that stutter and slow down when the garbage collector reduces the frame rate.