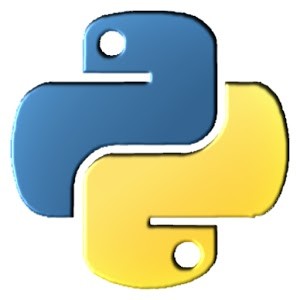 What Python Technically Is

The actual languages used to build Python apps are really the implementation of the Python interface, and the most common implementation of Python is called CPython, because it’s written in C. Other popular implementations of Python are Jython, written in Java, and IronPython, which is optimized to work with the Microsoft .NET framework, according to Jython. Python is one of the most popular languages used on the Internet because it’s the basis for the Django programming framework, which is a model-view-controller, or MVC, framework that provides a full-stack solution for creating dynamic Web apps.

A dynamic Web app is a program that runs on a Web server and responds to user input, as opposed to the static Web pages of the 1990s that only changed when the website owner rewrote the HTML code. Python is mostly used in Web programming, but it can be used for desktop apps and games as well. There are many programming libraries available for Python programmers, including PyGame and Pyglet, which build on the basic Python modules and give developers more advanced data structures and routines to use in their apps.

How Python Is Used

A Python module is a file that contains classes, functions or other code to include in any app, according to Python. Using Python in this modular way makes reusing existing code very easy and is a characteristic of modern high-level programming. Unlike C-like languages such as C++ and Java, Python has a very concise, elegant syntax delimited by white space rather than curly braces and semicolons. It runs in an interpreter that partially compiles the source code before execution to achieve optimal performance. In contrast, C++ and Java source code is compiled into a binary file that typically runs much faster than Python code because compiled code can be executed directly by the CPU without an interpreter.

This disadvantage is the downside of having cross-platform source code that can run on any computer without needing to be compiled first. The reason a language like C++ isn’t used for Web programming is that it must be compiled for a particular processor, so it isn’t a cross-platform language. Java is similar to Python in that it runs in a software compatibility layer, making it cross-platform and good for Web apps that require speed and efficiency. However, the drawback of using Java is that users must install the Java runtime environment before they can run Java apps, which is why some websites don’t work unless you install a Java plugin. Python doesn’t require a plugin because Python apps run on the server.

The huge popularity of the Internet is making Web programming a much more common skill, and the popular development frameworks are benefiting from the increased attention. If you’re a budding developer, learning how to use Python in programming gives you a valuable set of skills.