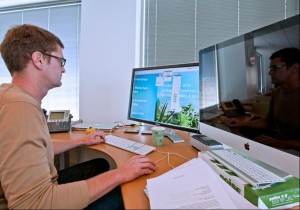 If you’re interested in a career in computer programming, you probably want to know about the average salary of a software engineer. Most people think of software engineering as a different profession than other types of software development, such as Web design or game design, but the distinction isn’t always clear.

Software engineers are simply computer programmers or software developers, and they need to have the same skills as Web developers to do most programming jobs in today’s market. Using the terms Web developer and software engineer makes it easier to distinguish between the skill requirements of different roles in the programming industry. There are many jobs for developers with a moderate skill set that includes familiarity with Web development frameworks such as AngularJS, Django and Ruby on Rails. These developers are called Web designers, and according to the Bureau of Labor Statistics, they make an average salary of about $62,500 per year. Web designers usually have at least a two-year degree but can find work with a relevant amount of experience.

The Bureau of Labor Statistics reserves a different category for software developers with four-year computer science degrees. These developers may do a job that is almost the same as what Web developers do, building Web and mobile apps with Java, JavaScript and Python frameworks. However, they have the qualifications to work in more advanced roles designing software with richer feature sets and higher security requirements. Depending on the software they design, they may need special expertise in math, physics, graphics programming, artificial intelligence, data mining or another field that is offered by computer science graduate programs. According to the BLS, developers at this level make about $93,350 per year, and their earnings increase with the level of education they have.

Skill Requirements for Various Roles in the Software Industry

Software development is a pretty broad industry that includes enterprise and industrial software that is never seen by anyone outside of the business or manufacturing world. Most programming involves some Web design, and relatively few programmers work on conventional offline desktop projects. Software engineers working for large companies that produce desktop software, such as Microsoft, Autodesk and Adobe, make considerably more than average, and they typically have degrees from the top computer science schools such as Cal Tech and Stanford.

In general, the work of software engineers and Web developers overlaps quite a bit, and the salary range of these two professions matches the skill requirements. A master’s degree in computer science gives an engineer expertise in a specific area of software design, and this graduate degree is consistently rated in the top two master’s degrees in terms of salary increase and job outlook. A bachelor’s degree is sufficient for most programming jobs, and most computer science graduates will find work in Web development or the booming healthcare industry. The difference between a developer, engineer and Web designer is only in the title, but there is a clear division in programming jobs according to skill level. While a bachelor’s or master’s degree is required to earn near the six-figure level, it doesn’t guarantee a high salary if the developer lacks important computing skills.

Computer science is perhaps the most important science in today’s economy, and the demand for software developers is increasing. If you want to earn the average salary of a software engineer, you need to carefully study math and computing theory in college.