Google is arguably the king of the Internet. While their stats for some measures are not number #1, they take top place for many other measures to make up for it. Here are some stats and facts that may give you an idea of how big Google really is.

Here are some figures on Google’s various web services and products. 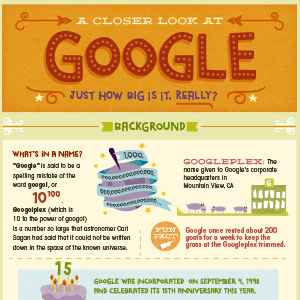