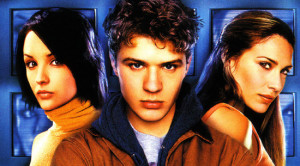 Take a trip down memory lane with these top cyber films. Designed for computer buffs, these movies range from spy thrillers to cyber crime movies. They were selected based on their excellent plot lines and portrayals of technology. Unlike typical movies, these films use computers the way they are actually used in real life with a few exceptions.

Released in 1994, this film stars a youthful Angelina Jolie. It is basically a 1990s version of War Games. In the film, a computer savvy teenager is able to use his computer to hack into government databases. The only negatives about the move are the 3D computer renderings and the musical score. If you can move past these minor issues and the overly dramatized hacking, Hackers is a great movie to watch.

Unlike most of the plots on this list, 23 is based on a true story. It follows the tale of an orphan called Karl Koch. Karl puts all of his inheritance into getting an apartment and a home computer that he quickly uses to connect to a group of young computer hackers based in Germany. Although he begins the films by posting forum comments about conspiracy theories, he quickly moves on to hacking the computers of the military and government. Working with Pepe and David, he travels to Berlin to get in contact with the KGB to sell German secrets. Released in 1998, this film stars August Diehl, Dieter Landuris and Fabian Busch.

For an over-the-top thriller, this cyber crime film manages to have a very realistic portrayal of cyber crime in the real world. The producers and directors of Antitrust put in extra effort to make sure that their research from actual hackers matched up with the film’s depiction of hackers. In the 2001 movie, Ryan Phillippe portrays a high-paid programmer who works at a major computer company. In the movie, the plot line takes a serious turn when Phillippe’s character discovers the company’s way of handling antitrust accusations.

After hitting theaters in 1995, the Net quickly became a cult classic. It is one of the first movies where the Internet plays a key role. In the movie, Sandra Bullock plays a starring role. Someone steals her character’s identity, and she is left to put together the pieces. Before the manic pixie or “smart is the new sexy” movements came into being, Bullock was the original geeky computer girl.

When it comes to computer films and cyber crime movies, War Games is by far one of the best. It was released in 1983, but that does not stop it from being one of the best computer movies ever. In the film, Matthew Broderick and Ally Sheedy star as likable, approachable nerds. It follows the tale of a high school nerd who suddenly realizes that he can hack into military computers and start another world war. Considering this takes place in 1983, the plot line is fairly unlikely for the time period. Despite this minor flaw, the fast pace and unique plot twists make this a movie that computer buffs have to see at some point in their lives.

As computers have developed a larger role in popular culture, the presence of technology-based films is unsurprising. Although these movies often portray computers and hacking as far more riveting than in real life, they are still enjoyable for the tech-savvy viewer. Starting in the 1980s, hacking movies and cyber crime have become popular subjects in movies. These films are some of the earliest and best examples available today.