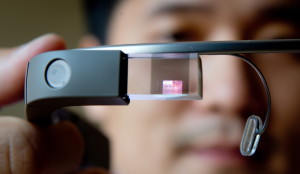 A vibrant information technology (IT) sector is fueling our current tech-based economy and feeding future developments. For those individuals who master managing, configuring, securing, applying or analyzing the plethora of data that businesses, organizations and individuals generate, IT is a virtual oyster loaded with jobs. Here are five career opportunities that are already in demand and expected only to increase well beyond 2020.

Each new advance in technology expands the need for companies and individuals to protect sensitive information, from personal information to trade secrets. Streams of information are bounced and stored throughout the cloud, complete with constant updates in real time. Meanwhile, IT security analysts actively work to protect organizations’ computer networks, systems and data.

The Bureau of Labor Statistics anticipates at least an 18-percent increase in demand for IT security specialists through 2024. Currently, IT security analysts earn a median pay close to $90,000 a year, with the top 90th percentile bringing home a median $140,000 – either figure a healthy one for a job requiring only a bachelor’s degree.

With exponential growth of hardware, software and applications, individuals specializing in application program interfaces – APIs – will be the electronic diplomats and translators who make it all work together. APIs allow programs and systems to communicate through myriad variations, making the otherwise incompatible interact and offering customized and diverse uses for one root set of information or application.

Between the cloud, mobile devices, the Internet and technological leaps to wearable and robotic hardware, talented API programmers of every distinction will be in demand. A report from technology and market research company Forrester Research estimates that:

In late 2015, the Brookings Institution released a white paper, “What happens if robots take the jobs? The impact of emerging technologies on employment and public policy.” Author Darrell West cited “innovations like robotics, computerized algorithms, artificial intelligence, augmented reality, medical sensors and machine-to-machine communications, 3-D printing, and autonomous vehicles” as all reducing the need for human workers – and jobs.

However, that’s good news for IT robotics and artificial intelligence (AI) specialists. Demand for these new innovations is exponential, and they all involve human designs, programming, updates and maintenance. In many cases, they’ll actually require interfaces to work not for but with humans. Jobs will range from engineers and programmers – positions requiring a bachelor’s degree – to technicians, often requiring only an associate’s degree.

4. Engineers and Programmers for Wearable Technology

Fitbit and the Apple watch are just a taste of the miniaturization, personalization and wearability of the Internet of Things (IoT). In 2014, 10 million total devices were sold. By 2015’s third quarter, Fitbit alone had sold over 13 million wearable devices. Market researcher CCS Insight estimated that 2015 end-of-year figures for all wearables would total 84 million and that 245 million wearable devices would be sold in 2019.

Wearable technology is transforming every sector, from healthcare to business, offering solutions for treating cancer, relieving urban congestion and communicating with staff representatives during client meetings. Programmers and engineers will need a bachelor’s degree in computer science, electrical or industrial engineering, or other STEM disciplines – those focusing on science, technology, engineering or math.

As more devices, systems and programs collect more data, corporate appetites continue to demand individuals skilled in identifying trends, patterns and correlations hidden within it. Every business wants to be able to analyze its own metrics as well as those of its employees, competitors and customers.

A Bureau of Labor Statistics report on big data IT jobs forecasts need for data scientists, statisticians and programmers in nearly every sector of the economy, including business, e-commerce, finance, government, healthcare, science, telecommunications, social networking and even municipal utilities. Expanding the field to include computer and information research scientists, bachelor’s degree requirements rise to master’s or doctoral levels. However, earnings grow, too, from $80,000 median annual salaries to incomes well over $100,000. Best of all, hiring sites like Indeed show big data analysis on an upswing, and the Bureau of Labor Statistics estimates at least an 11-percent increase for IT scientists through 2024.

IT Trends and Patterns

IT isn’t a standalone field but one that dovetails into the world that it serves, whether that’s healthcare, finance or social networking. Within IT, there’s a niche for every skill and talent and a degree to lead you to it.