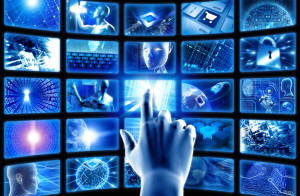 The average starting salary for computer science graduates is $60,000 per year, and new hires can expect to earn more than $100,000 by the time they reach the midpoint of their careers. Computer science majors are in high demand, and top performers in their classes are often aggressively recruited like the best college ball players.

Few fields offer better prospects for recent graduates than computer science. Employers who hire graduates in computer science include some of the world’s largest companies and smaller, agile startups that give graduates a chance to innovate and make a name for themselves. The following major employers represent just the smallest fraction of organizations that hire computer science majors.

Microsoft not only hires recent computer science graduates but also has started a pilot program to hire autistic individuals who often demonstrate astonishing computer, math and gaming skills. Recent graduates can get on-board with the company that changed the world with its innovative Windows operating system for computers, and new hires could be responsible for creating the first artificial intelligence, practical computer for generating three-dimensional images or the world’s first quantum computers. You can find out more about Microsoft careers by clicking on the link.

Computer Sciences Corporation or CSC isn’t a well-known technology company among the public, but it provides more computer science jobs than any employer in the world. The company outsources services to government agencies and top companies and industries. You could work for commercial or government clients throughout the world or work at company headquarters in Falls Church, Virginia, which is just outside Washington, D.C. Find out more about CSC job opportunities in either of two sectors: global commercial and public sector positions and public sector jobs in the United States.

General Dynamics hires many recent computer science graduates despite not being well-known as a technology company. General Dynamics is known as a large U.S. Defense Department contractor, and as such, the company has a vested interest in hiring the best and brightest minds for computer forensics investigations, security monitoring, software development and other computer applications relating to defense, industrial development and national security. Working with General Dynamics promises computer graduates jobs where they’ll stay busy working with military applications and the latest tech used in warfare and defense.

Adobe offers computer science grads an opportunity to work with computers and other artistic subjects like photography, which is rare in the computer industry where business services seem to claim all the top-paying jobs. The company offers fitness memberships, sabbaticals and jobs in other countries, which makes it the ideal company for creative computer experts who care about more than just hardware, software and code. Find out more about Adobe career opportunities where you can focus on the creative aspects of integrating computers with photography, marketing, video production and other creative pursuits.

Despite recessions, high-profile competitors and mergers designed to intensify eCommerce competition among the major players, Amazon remains the world’s largest eCommerce company and fourth most successful startup company in history. Much of the company’s success comes from its computer services and internal search engines. You can get detailed information on how to get a job at Amazon.com by clicking on the link.

If you noticed that many of the top employers of computer science graduates seem to supply contracting services, you get extra credit for observational skills. Entry-level positions in computer sciences are rare in the big software-designing companies of Silicon Valley, so contrary to expectations, these are not the biggest employers hiring recent graduates. However, companies that supply contracting services and the federal government like hiring recent graduates who haven’t yet developed bad habits and industry entanglements. If you prove your mettle, you can easily move into software jobs in Silicon Valley or anywhere else in the world.