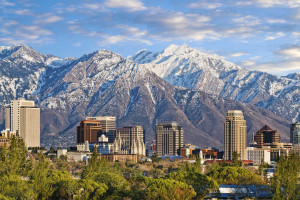 While Silicon Valley is the center of innovation, it is not a place where everyone wants to live. If you want to escape from the skyrocketing costs of living and pressure of Silicon Valley, the following five locations are developing strong technology industries. These cities include some of the most technology jobs per capita and the highest wages. As an added benefit, many of them include fairly low costs of living.

The Seattle, Tacoma and Bellevue area remains one of the hottest locations for technology jobs. The area has enjoyed a 12 percent growth in tech jobs over the last two years. STEM jobs have increased by 7.6 percent during the same amount of time. From 2001 to 2011, the Puget Sound area has enjoyed a 43 percent increase in technology employment. Other than a growing technology field, the area also offers scenic vistas, excellent hiking trails and world-class dining.

A visit to Colorado shows exactly why so many technology enthusiasts choose to call Boulder their home. Average technology salaries in the area are at an impressive $96,077 a year. Computer systems design is the largest sector with Level 3 Communications and IBM serving as the leading technology employers. Job growth is at 1 percent for technology jobs, but the growth has remained fairly stable for over a decade.

Although most people think of Sin City as a gambling mecca, it is actually one of the rising locales for the technology industry. The area has a total of 19,182 technology jobs available, and the average wage is at $68,769. While the biggest sector in Las Vegas is in engineering services, the largest employer is Bally Technologies.

Few people think of Utah as a tech-driven environment. Recent data would indicate that this viewpoint is incorrect. In addition to having a thriving employment market, Salt Lake City has a wealth of natural amenities and affordable real estate properties. While only 45 percent of people in Silicon Valley can afford a median-priced home, 75 percent of individuals in Salt Lake City can buy a property. The area has seen a 31 percent increase in technology jobs over the last ten years. Due to the lower taxes and open regulatory environment, Silicon Valley companies like Twitter, Adobe and Electronic Arts have opened up branches in the area.

Technology employees in Jacksonville get to enjoy the beauty of Florida’s beaches, a favorable real estate market and thriving culture. Jacksonville has enjoyed a 72.4 percent growth in technology employment since 2001. This has been fueled by rising employment in areas like data centers, custom programming, computer facilities management and systems design. Meanwhile, STEM jobs have grown by 17.4 percent.

While Silicon Valley has remained the leader in the technology industry, other cities have started to enjoy similar levels of growth. For the worker who does not want to live in the tech capital of the world, these cities provide valuable alternatives. With impressive job growth and rising salaries, these cities are some of the up and coming technology centers of the next decade.