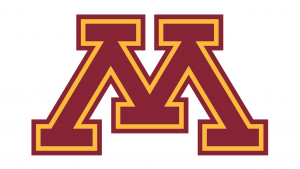 Computer Science at the University of Minnesota

The University of Minnesota appears in our ranking of the Top 30 Best Online Master’s in Computer Science Degree Programs.

The graduate program in computer science at UM offers coursework in theoretical and applied computer science that include research opportunities. Students are provided instruction in such areas as:

Students must have a degree in computer science and any deficiencies must be resolved before applying to the program. There are three options for completion including:

Students must maintain a GPA of 3.25 to remain in good standing.

The University of Minnesota has offered an outstanding education to both residents and non-residents for more than one hundred years. Their programs offer outstanding faculty and a challenging curriculum to provide students the tools they need for success. The University of Minnesota offers the availability of distance learning so that those with family, work or social obligations can achieve their higher education goals.

About The University of Minnesota

The University of Minnesota was founded in 1851 in what has come to be known as the “Twin Cities,” Minneapolis and St. Paul. It was the first land-grant institution in Minnesota. The school began as a preparatory school in 1851, even before Minnesota became a state. The school closed during the Civil War due to financial difficulties but reopened in 1967 through the efforts of philanthropist John Sargent Pillsbury, who later became a state senator and Governor of the state. Governor Pillsbury used his influence to establish the school as the official Morrill Land-Grant Act recipient.

In 1873, two students received Bachelor of Arts degrees and, in 1888, the first Doctor of Philosophy degree was awarded. The university has a strong tradition of education and public service. It also serves as the state’s primary research university and is making strides to become one of the top three public research universities in the world over the next ten years.

In 1895, the Duluth campus was established when the state legislature created the Duluth Normal School, an institute of higher learning designed to educate teachers. In 1921, the school became the Duluth State Teacher’s College. Practice teaching was performed on the campus in a model school with a kindergarten. The school joined the university system in 1947, becoming the University of Minnesota Duluth.

The Morris campus originally housed an American Indian boarding school administered by the Sisters of Mercy through the Catholic Church. Eventually, the boarding school was taken over by the federal government until closing in 1909. The campus was transferred to the University of Minnesota with the stipulation that American Indian students would be permitted to attend school with no charge for tuition, and that policy still stands today.

The University of Minnesota is accredited by the Higher Learning Commission. Accreditation for the various campuses have been in place since:

The Rochester campus is accredited jointly with the Twin Cities campus. Accreditation indicates that a college or university meets strict educational standards that demonstrate excellence among institutes of higher learning.

In addition to accreditation by the Higher Learning Commission, specific programs are accredited by specialized organizations. These include:

Freshman students who have not attended college previously must submit an online application with the required fee. In addition, they must provide official high school transcripts along with ACT or SAT score. Students who take college courses while in high school, even if they do not earn a credit, must submit official college transcripts as well.

Students transferring from another college or university must complete an online application and pay the required fee. Students must submit official transcripts from all colleges and universities attended as well as high school transcripts.

Graduate students must hold a bachelor’s degree or higher from an accredited college or university. Most graduate programs require a GPA of 3.0 and students must provide official GRE or GMAT scores if they are required by their chosen program. Most programs also require letters of recommendation.

Full-time tuition for Minnesota residents is $13,840 per year and for non-residents is $22,260 per year. Students living in North Dakota, South Dakota, Wisconsin, and Manitoba are able to take advantage of in-state tuition. In addition, students only pay for the first 13 credits in a year.

Financial aid is available through the University of Minnesota. Students must complete the Free Application for Federal Student Aid (FAFSA) in order to qualify. Financial aid may be in the form of grants, scholarships, loans or work-study programs. Students are required to meet specific credit requirements as well. The University of Minnesota also accepts veteran’s benefits and employer-funded tuition.